Get To Know Us – Arif Islam 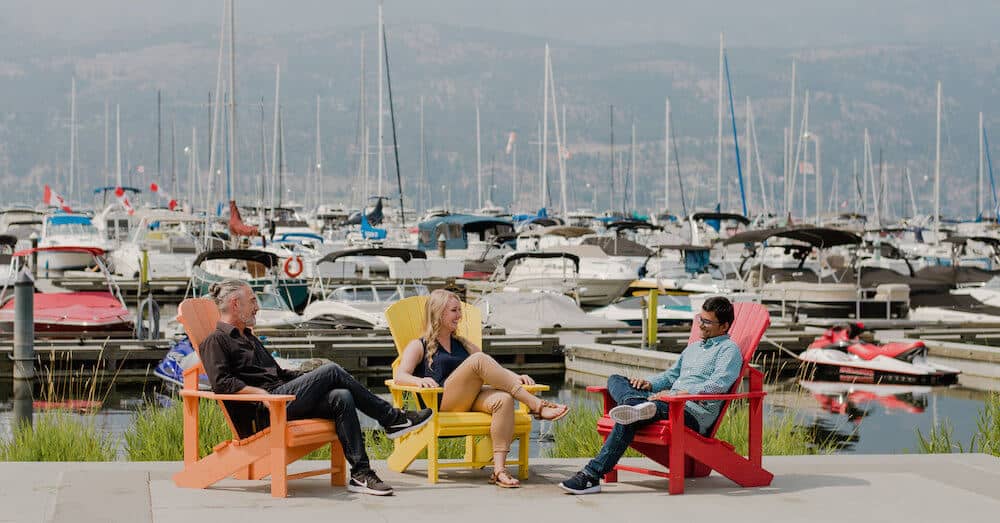 While our marketing work is the forefront of Sayvee, we also have plenty going on behind the scenes. Working on that is our Senior Software Engineer, Arif. He works closely with our Founder, Steve, to provide support and management for DealerXChange, a dealer inventory management software. We can’t reveal too much more about what he does (1) because it’s top secret, and 2) we’re not fully sure ourselves), but he does work on all stages of these projects from planning to execution, particularly on the software and web development side in Kelowna.

Arif is one of our hardest workers on the Sayvee team, and we’ll often see him working on the next biggest, world-changing project at his desk. When he’s not doing that, he’s doing everything from connecting with colleagues to ensure that projects continue moving along, to connecting systems and platforms to all work together. You can frequently find him coding away madly at his desk or answering phone calls to deal with the next stage of project management.

So Arif, why did you choose to work at Sayvee?

Before joining Sayvee, Steve (Sayvee’s Founder) briefed me about the existing DealerXchange project. He showed me the plans of the expanding scope of the concept and improvements he wanted to implement in the future. I thought his improvements, and the project itself, were brilliant and I took on the challenge of ensuring the plans would succeed (which they have). I’m glad I did, the whole team here has been so welcoming.

Eating bagels, Skype meetings, and coming up with coding plans.

Probably Problem Solver/Bug Fixer. I definitely jump around between projects to make sure clients are satisfied with their software, keeping dealers’ inventory up to date, and ensuring clients are notified with leads from digital marketing.

Alright now we get into the real questions. First up: If you had to relive one day over and over again, what day would it be and why?

I would say the day I got the confirmation of my admission into the Rajshahi University of Engineering & Technology in Bangladesh. It had been my dream since I was a child to be a Software Engineer, so I always wanted to study computer engineering. Plus I worked very hard to have a strong application to the university to be admitted. I wish I could relive the joy and happiness of that day, every day.

What would be your ideal brunch and what’s the best side dish you could have with it?

Definitely egg in a hole, plus some crispy beef belly with paratha and a side dish spicy garlic mushroom. I’m already making myself hungry just thinking about it.

Surprise! The brunch was a ruse and you’ve been challenged to a duel by a mysterious stranger, what would be your weapon of choice if it was a fight to the death?

First I would meet my opponent before the fight because I have a couple secret weapons up my sleeve: delicious food recipes and a big smile. I’m a good chef so I would try and get to know them and make something they would really enjoy. Everyone likes a good meal. After getting the meal (and obviously before fight) we would become friends rather than enemies and we wouldn’t even have to fight.

On a less challenging note, what’s one of your top five movies you’ve ever seen?

It’s really too hard to pick just one, but I can tell you the ones I’ve watched the most. I have seen The Count of Monte Cristo, The Lord of the Rings series (the older trilogy, like The Fellowship of the Ring), Avatar, Forrest Gump, and the Pirates of the Caribbean series several times over. I could watch each one many more times still.

I would have to say Friends, it would be a lot of fun hanging out with Ross, Joey, and Chandler. But, the whole group would be great honestly, I always liked how they loved each other and stayed friends no matter what happened to them.

Would you rather be able to copy and paste in real life or undo?

Of course undo. If I could undo at any time I could redo bad parts of any day and repeat it until it becomes perfect. Then I could have more happy days like my university admission and have an even better life.

If you were given one million dollars but had to spend it all in one day how would you spend it?

I wouldn’t go too crazy spending the money. Actually, it’s very simple: I would just invest the money so that I can get more money in the future when I need it. Plus, I could help out my family that way as well in the future so they could live more comfortably.

I had a really weird one recently actually. This summer when I was returning from Bangladesh (my home country) after my vacation, a guy was checking my boarding pass and he asked me, “How did you get the visa and work permit?” I just told him “I don’t know” with a big smile.

It was a TV commercial for a Telecom company I previously worked for and it truly touched my heart. Since it’s not in English I’ll tell you what’s happening on screen. A little girl has been trying to reach her passed-away mother in different ways, but is unable to do so. However, the message of the commercial was that while we can’t reach those who have passed, we can still connect with those alive and well who love you, in this case, her father.

I would appreciate a better program to conceptualize and make organized documents for each and every project. I love my Mac, but the way it’s designed it can’t quite do that and keep up with the pace of my work. Linux is a good option but not friendly like Mac. Unfortunately,  Windows doesn’t have the solution yet either, so I’m still searching.

Thanks for taking the time to answer, Arif! Look forward in the coming months to more interviews with the swell, suave, smiling, and savvy Sayvee team!

Andrew likes to write. And that's a good thing because he's good at it. He likes Canada, the UK, and of course, pop tarts.
PrevPreviousFollow These 5 Simple Steps To Get Customers Back To Your Website
NextWhat To Do With Content DudsNext