Get To Know Us – Meghan Smith 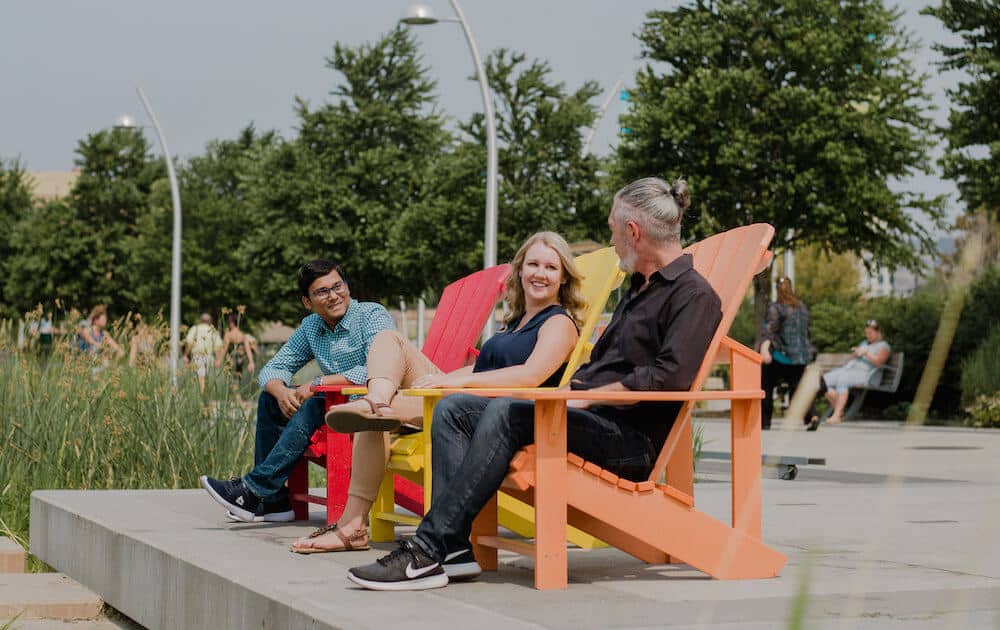 Digital marketing changes constantly (for better or worse) so it’s important for marketers to stay on top of trends. Meghan, our Digital Marketing Coordinator, is always in the know about the latest major and minor digital shifts. Between helping develop digital strategies, performing search engine optimization, and managing our clients’ paid search and social media marketing campaigns, she’s dedicated to generating results.

Meghan is an essential member of the Sayvee team, brandishing her razor-sharp wit and collection of decorative mugs to the betterment of our office environment. She’s always keen to help plan and participate in office activities, frequently winning many in-office games (much to our collective chagrin). She can often be found at her desk clutching a cup of coffee or tea, hunched over a mess of data (by her own admission, her posture is terrible) and laboriously finding new ways to improve clickthrough rates for our clients.

So Meghan, why did you choose to work at Sayvee?

When I was searching for a job, I was really interested in finding a place I could put down roots, and when I saw the job posting here in Kelowna, it was too great to pass up. It seemed like an excellent team, a fun work environment (I mean, just look at all the food posts on our Instagram), and a role that was well-suited to both my creative and analytical strengths, so I’m thrilled that it worked out!

Solving problems, getting results, goofing around.

If you could write your own job title for what you do here, what would it be?

Alright, now we get into the real questions. First up: would you rather own a dragon or be a dragon and why?

While I’m sure I’d love sitting around on a pile of gold and breathing fire at anyone who dares challenge me, I’d way rather own a dragon. Have you seen the cost of airfare these days? Or gas? Free flights anywhere, anytime … plus, you could park wherever you wanted! I pity the bylaw officer that tries to ticket a dragon.

Ooh, that’s tough. I’d have to go Italian, probably, or something that my mom cooked. Actually, best of both worlds — my mom’s homemade pasta sauce is always incredible!

Surprise! The dinner was a ruse and you’ve been challenged to a duel by a mysterious stranger, what would be your weapon of choice if it was a fight to the death?

That sounds pretty violent, and as much as I want to throttle Google’s “support” techs sometimes, I try to avoid physical altercations (I’m too young to go to jail).

Back to the mysterious stranger, though. I mean, hypothetically, let’s assume I’ve bested their Spaniard with my sword, and also defeated their giant with my strength — I’d choose logic as my weapon, and challenge the stranger to a battle of wits. Some may say that you shouldn’t go up against a Sicilian when death is on the line, but I’ve built up a healthy immunity to Iocane powder so I like my odds.

On a less challenging note, what’s one of the top five TV shows you’ve ever seen?

One show I always go back to is Galavant, a medieval musical comedy that ran on ABC a few years back with songs written by the legendary Alan Menken (he wrote the music for movies like Aladdin and The Little Mermaid — yeah, ‘Under the Sea’, ‘A Whole New World’. That Alan Menken). It follows a dashing knight rescuing his true love from an evil king. Except … the knight is far from dashing, the fair maiden isn’t very fair, and the king is a nincompoop. It’s got fantastic music, fourth-wall breaks, medieval jokes, stellar cameos and awesome character development over its two short seasons.

It’s got a bit of a Spamalot/Monty Python vibe. Watch it on Netflix and mourn its premature cancellation with me!

Harry Potter! Magic spells, potions, fantastic creatures, broomsticks … that’d be a great movie universe to spend time in (as long as you don’t get too close to Harry himself, dude always seems to be pulling his friends into dangerous situations).

What would you name your motorcycle if you had one?

Death Trap. Motorcycles are dangerous, kids (but for real, wouldn’t that be an awesome motorcycle name)?

If you could have a song play every time you enter a room, what would it be?

That sounds like a logistical nightmare! I think if I heard a song play every time I entered a room I’d start to hate it (not to mention annoy everyone around me, ever). So, even though there are hundreds of songs I love that I could pick, I’d say Four thirty-three by composer John Cage. From Wikipedia: “The piece consists of the sounds of [your] environment […] “four minutes thirty-three seconds of silence’”.

I can’t think of any truly crazy ones (I’ve probably blocked them from my memory), but this always makes me laugh: when I was in Europe a friend and I took a spur of the moment trip to Budapest. We were coming from Italy so had gotten used to the Euro, but Hungary uses the Hungarian Forint, abbreviated HUF and pronounced like it sounds (huff), which is very fun to say — at the time, it was also pretty devalued, so 10,000 HUF equaled like 10 bucks Canadian. So not only did we find the word HUF hilarious and try to work it into every conversation for about the first hour we were in Budapest, (“here, have a huff”, “can you spare a huff?”) but it was even funnier going to the ATM and loudly debating whether we should withdraw a hundred thousand dollars or two.

I like anything that kind of plays around with its own format or does things a little differently since that’s what always catches my attention. I can’t say it’s an all-time favourite (that’s a much longer list), but recently, I’ve noticed a Heinz ad making the rounds on TV set to Heart’s ‘What About Love’ that’s pretty great. It uses the lyrics to tell the story of a sad potato (“I’ve been lonely, I’ve been waiting for you”) showing that Heinz + fries = true love. When the potato gets dunked in the sink to get washed, the music gets all muffled like it’s being heard from under the water. Those little details always make me think, “man, that was clever”.

Any digital marketer will tell you that tracking and reporting are the biggest challenges. Though we’re leaps and bounds ahead of traditional marketing in terms of being able to prove the value of our efforts, there are still limitations. Taking data and distilling it into something that is meaningful for a business owner is another step entirely. I’d love a magic, infallible, does-it-all platform that could track and display results without any input on my part; it’d save me so much time!

Beyond that, I’d love to just wave a magic wand and get someone ranked #1 on Google. Wouldn’t that be nice?

Thanks for taking the time to answer, Meghan! Look forward in the coming months to more interviews with the simply superb, smiling, and savvy Sayvee team!

Andrew likes to write. And that's a good thing because he's good at it. He likes Canada, the UK, and of course, pop tarts.
PrevPreviousHow To Make Unboring Videos
Next3 Things You Need To Update on Your LinkedIn Profile Right NowNext